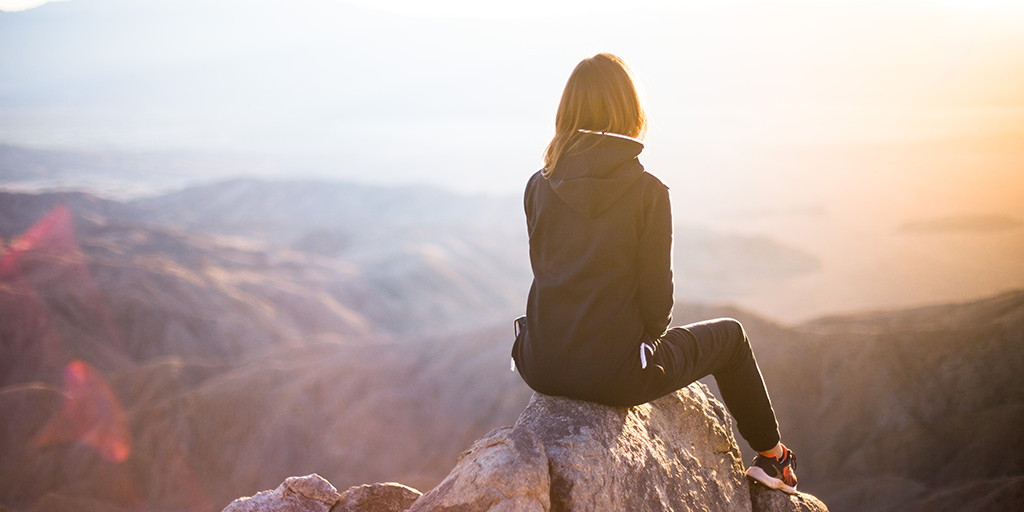 It seems to be common that when someone realizes that who they took themselves to be (the mind-body ‘I’) is untrue, it’s seen that at the heart of experiencing there is nothingness/emptiness/awareness. This is true. But I urge you to not stop there, look/inquire deeper into this recognition.

Even in this absence of a phenomenal ‘you’ there is an ‘I’ in this empty nothingness of awareness. In not recognizing the ‘I’ in awareness there’s a subtle objectifying of consciousness, meaning that what is being missed is that ‘you’ are the one, the I, that knows itself to be awareness. Somehow there’s a lack of connecting between awareness with the ‘me’ – The Self.

When the Self is realised, yes the sense of individual mind/body is seen to be false, but the ‘I’ I speak of and from is the I even before thought ‘I am’, even before the sense I am. Self-existence is a fundamental quality of consciousness – it’s the essential subjectivity to which and in which all of phenomenal life is known. Even when phenomena is not around, this ‘I’ still exists in its self-knowing state. It’s the very basis of that from which all phenomena arises – phenomena is not separate to this I and yet this I is prior to phenomena – there is no separation, only one without another – no duality. After all who do you suppose knows this absence of you?

With self-realization the I is recognized to originate as that awareness, and is fundamental to that awareness – it’s the Self after all! When the Self has been realized there’s no problem with using ‘I’ because it’s known that what is being referred to is awareness, is consciousness,  is isness, is you (I/me). The I-I of awareness from which all else unfolds from. The I of consciousness knowing itself.

Always speaking in the passive voice subtly objectifies awareness as other than you. It’s useful to break down the concepts of mind-body, but at some point it has to be acknowledged that ‘I am consciousness’ – to own your experience as awareness. There’s only one I, the knower by which all is known, prior to the notions of seer and seen. It’s not separate from awareness, it is awareness itself (‘awareness’ itself is just a concept, a useful descriptor). In this it’s recognized that the ‘I’ was never personal – it was falsely attributed to be personal, but it was never actually personal. When all else is ‘seen through’ the I remains. So yes, the ego may claim any or all of this… but that’s part and parcel of the leela (play) of life.

Ramana Maharshi talks about this when he talks on the I-I.

“After the rise of the ‘I-thought’ there is the false identification of the ‘I’ with the body, the senses, the mind, etc. ‘I’ is wrongly associated with them and the true ‘I’ is lost sight of. In order to shift the pure ‘I’ from the contaminated ‘I’ this discarding is mentioned [of the sheaths mentioned in the sastras]. But it does not mean exactly discarding of the nonself, but it means the finding of the real Self. The real Self is the Infinite ‘I-I’, i.e., ‘I’ is perfection. It is eternal. It has no origin and no end. The other ‘I’ is born and also dies. It is impermanent. See to whom are the changing thoughts. They will be found to arise after the ‘I-thought’. Hold the ‘I-thought’. They subside. Trace back the source of the ‘I-thought’. The Self alone will remain.” – Extract from Talks with Sri Ramana Maharshi. Volume II.