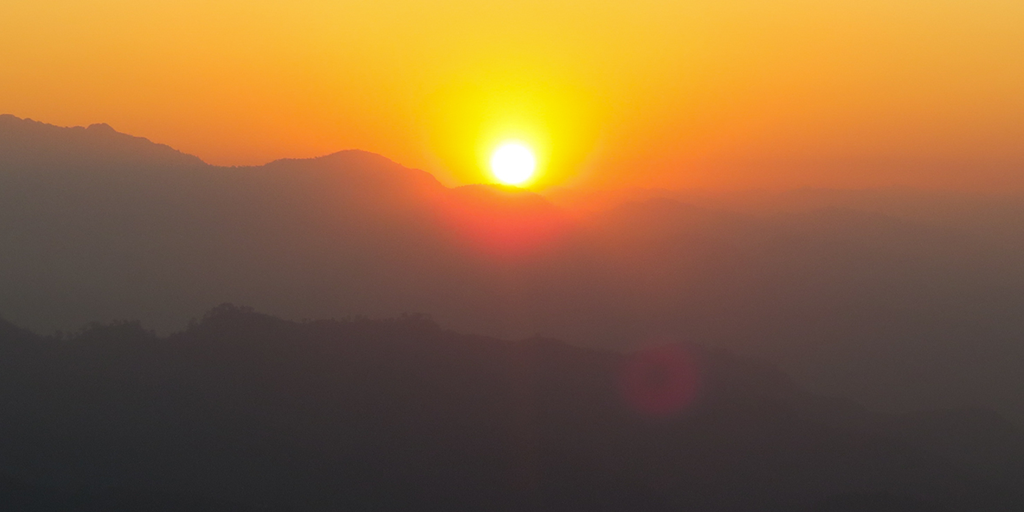 After so many years of the word Enlightenment being banded around by spiritual gurus, new age folk and self-help aficionados, I find myself feeling that the word is just seen as another concept that’s predicated on a ton of other concepts about life. It’s an idea that keeps hold of the mind’s interest in working towards the idea of a state of happiness, bliss, no suffering and the ‘perfect life’. On this level it feels like one big ruse, a massive cosmic joke that everyone is aiming towards, but there’s nothing when you get there; in fact there’s nothing and no there to ‘get’!!

There’s not some ‘different state’ that suddenly happens; in fact even the idea that enlightenment is a state at all suggested that there’s a ‘you’ that changes into something different, something more than there was before. But in actuality it’s a dropping of all the occlusions of false concepts, notions and identification with the body-mind. Like many veils that’s been lifted to reveal the clarity of the sun that was always there anyway. If there’s a state to be found, it’s the state that all of life is found in, and this unchanging state is the foundation of everything, whether it’s recognised or not. You are that state, that foundation, you merely need to recognise that. It’s that simple, and yet so easy to overlook.

I was expecting some perpetual state of bliss and happiness and almost superhuman type qualities; almost like living in a spiritual prozac type state. When in reality all human expressions are still here – happiness, sadness, anger – but they are not ‘me’, they are arising and falling as naturally as breathing happens.

The expectations that I didn’t realise I held about what enlightenment would look like have been completely shattered. Not without some kicking and screaming, some resistance to accept what was so obviously seen. This noise was from the now hollow shell of egoic identity filled with concepts and expectations; much like the fan that keeps going even after the power has been cut.

It was like “this can’t be happening, enlightenment is supposed to be blissful, I’m supposed to be a nice human being now who doesn’t get affected by this stuff”. So I spent a few months with an uneasy confused and pushing away feeling, because this stuff was arising, but I couldn’t understand why. Well the why isn’t important, it was just the mind, the feeling of ‘I’ throwing up a hiccup. The fact is it Is arising/happening, and there is nothing to do about that, nothing WRONG about that. All is just arising and falling away in this space of me.

All the questions of how and why have now gone. There’s no second guessing, no judging and no commentary on how ‘I’ feel about everything in relationship to ‘me’.

No magical ‘other’ state, just simply This.

Go Beyond the Qualities to the Recognition of You

When You Find a Friend