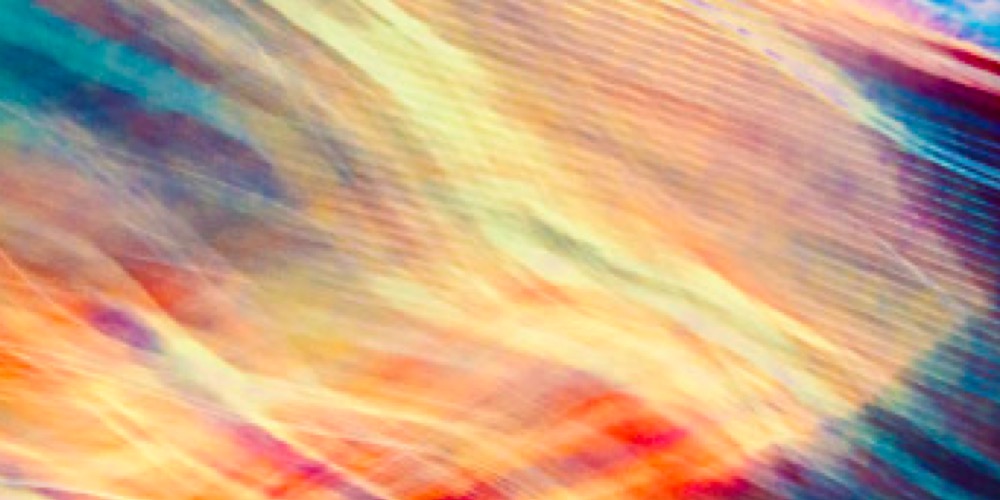 One field of consciousness appearing as everything.

As a seeker I was always sensitive to spiritual ‘presence’. I noticed it in groups of TM meditators, watching Maharishi Mahesh Yogi on videos, yagyas, and the darshan of sages I met, even in certain places such as Arunachala. The energy was there, call it what you will; Shakti, presence, transmission. Back when I started to watch a lot of Satsangs online it was really fascinating that again I could sense the ‘presence’ of the enlightened teacher just as if it were in-person, even when the video quality was poor. Being around this ‘presence’ it was almost like I was ‘being meditated’ and I began to use this ‘transmission’ as a spiritual method.

But it also began to occur to me that the idea of transmission as such was a dualistic understanding of whatever the mechanism was. It certainly couldn’t be bound by time as I understood it, because that didn’t account for pre-recordings. And not by space either, because I was watching Satsangs that were happening thousands of miles away. And the fact that I was watching very low bandwidth stuff meant that ‘it’ couldn’t be traveling though the wires! So perhaps it was more about an ‘activation’ of my own consciousness in the vicinity of a sage, etc. Which is true enough, but still didn’t fully resolve the dualism.

The beauty to me is that any real understanding or description of spiritual transmission is only resolved at the level of unity/singularity. All that is is simply consciousness modulating in its own nature, appearing as seeming forms, and also appearing as a narrative that suggests division and duality, subject and object, all the while remaining entirely as itself. All of it arising as what we call the present moment, but it’s only a conceptual narrative, a story that suggests past, present, future, and distance.

The sage says “no teacher, no seeker, no bondage, no liberation, no world, consciousness is the only reality”.

Whether you’re talking about the kind of direct Shaktipat Transmission that we do, or the general ‘presence’ transmission one can experience in the vicinity of awakened beings (Satsang), the first thing to consider is what level of analysis you’re engaging in. Making distinctions about transmitting and receiving and who is doing what are dualistic descriptions and understanding, and they just doesn’t hold water ultimately or bring about Self-realisation. But at their own level they’re useful enough as theoretical exercises and as functional shorthands.

But we can use this dualistic understanding to lead one to the deeper nondual understanding. It’s all consciousness, no more of it any ‘where’ than any other. But here’s the thing – this is all theorising, conceptualising, and these kinds of questions are not liberating to the seeker. Self-realisation is coming to see that all this is a dream. It’s not something you figure out, it just dawns as the obvious reality. And yes, you are in fact already consciousness, but maybe there’s a belief present that you’re a person. And when that belief disappears then the truth of what you already are is obvious and apparent.

So you could call a transmission a ‘relative phenomenon’ that clears away delusion, and functionally in the story of what-is it’s true enough. But that’s a dualistic level of analysis and would be to miss the point. There is no separate ‘relative’; everything is consciousness. ‘Relative’ is just a concept. “Brahman alone is Real”. But for all practical (relative) purposes it’s a transmission given by a giver, received by a receiver with the aim of promoting awakening, the effects of which are often strongly felt.

But these are imperfect concepts to describe reality in so-called relative terms, and are all transcended and resolved when Self-realisation dawns and the singular, nondual nature of reality is revealed.

The problem from a seeker’s perspective is that attempts to understand this are just perpetuating the belief and the effort that there’s something to work out on the level of mind that will lead to liberation. I’ve heard it said that there are two kinds of questions, knowledge questions and freedom questions. The former are of the mind and even if answered would do nothing but add to your store of knowledge. The latter kind destroys delusion and leads to complete liberation. I urge you to reflect on the kinds of questions that you ask yourself and others. Are you spending time feeding the mind, or will you free yourself while you have the precious time to do so?

Bliss Beyond the ‘Happiness Bliss’

The Collision That Changed Everything